We are glad to announce the following key note speech @ IWSLT 2013, supported by the Quaero programme and IMMI-CNRS (France): 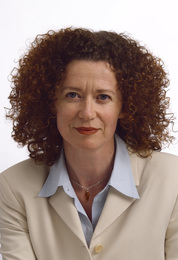 "The Human Interpreter in Action – Multilingualism  at the European Parliament":

Multilingualism is at the heart of the European Parliament. 24 official EU languages make a daunting 552 possible language combinations not to mention many other non-official languages used almost daily (such as the languages of candidates countries, Russian, Arabic, Chinese, Farsi, etc). DG Interpretation and Conferences offers a high quality service for all meetings of the European Parliament and several other EU-institutions and bodies.

In my presentation I will explain how we provide high quality interpretation in a truly multilingual environment and I will try to answer the following questions: What are the main challenges for the interpreters? How to achieve full language coverage? How can new technologies support the work of the interpreters? Man versus Machine or Man and Machine?

Susanne Altenberg is Head of Unit for Multilingualism Support and acting Head of Unit for E-Learning at DG Interpretation and Conferences of the European Parliament. The responsibilities of these units include testing of interpreters and Competitions, grants and support for universities training interpreters, new technologies and the future of interpreting, inter-institutional relations as well as e-learning via Virtual Master Classes and development of speech banks and tools for testing.

After undergraduate studies of history and linguistics, Susanne trained as conference interpreter at the University of Applied Science Cologne, Germany. After a period as freelance translator and interpreter she became a staff interpreter in the German booth of the European Parliament and later Head of the German and Polish booth until taking on her current responsibilities in the beginning of 2012.


last change: 2014-10-16 KIT – The Research University in the Helmholtz Association